Visit:
Walk in Bruges – Your private guide in Bruges 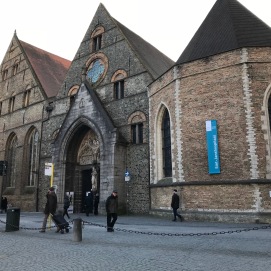 The 850 year old Saint Johns hospital is a great museum with beautiful works of our Flemish primitive master Hans Memling as a real draw. Visitors can see a great body of work from world renowned artists and also visit a great piece of Belgium heritage holding beautiful medieval art. 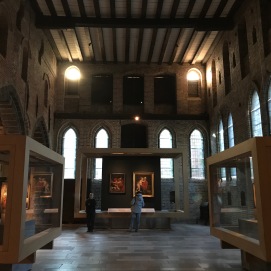 The hospital was founded in the 12th century and is one of the oldest surviving hospital buildings Europe. It was originally a place where sick pilgrims and travellers were taken care off. It later expanded with a monastery and a convent and in the 19th century the hospital had sixteen hospital wards around a Central building. In 1978 it loses its function as a hospital is transformed into the Memling museum, the hospital museum and the pharmacy museum. Six important paintings of Hans Memling are on show of which the Saint Ursula shrine, the majestic St. John Altarpiece, the Dyptich of Maarten van Nieuwenhove and Portrait of a woman are world famous. The works were at the time commissioned by the Saint Johns hospital and its cloister community.

Do not miss the beautiful paintings by Memling and do not forget to take a closer look at the building itself. With your ticket you can also visit the hospital’s old pharmacy next door. 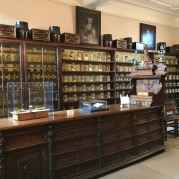 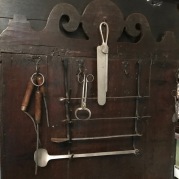